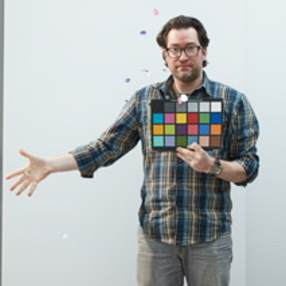 Eric Brazier is an experienced digital capture tech and photo assistant with 15+ years of experience on major commercial and editorial projects.

He has experience with a variety of camera systems including Phase One, Hasselblad (H & V-systems), Mamiya (645 & RZ67) and Canon, and

has run tethered digital capture via Capture One, Lightroom, FlexColor and Phocus software.

Eric's experience as a lighting assistant has included working with Profoto, Speedotron and Broncolor power packs along with a wide variety of proprietary and third party modifiers like Elinchrom and Mola.

Eric studied film, photography and new media at York University. After graduating in 2002, he was fortunate enough to enter the Toronto photo industry at a moment when the technological shift from film to digital capture was beginning to gather steam.

Over the past decade, Eric has participated in this transition process first-hand by aiding photographers as they adopted their own capture, delivery and archival workflows. He has run digital capture on numerous commercial and editorial sets in Toronto, as well as more ‘exotic’ locations such as a fishing boat on the Bay of Fundy, a vineyard in the Napa Valley and even the Great Wall of China.