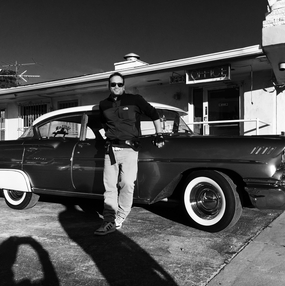 i have assisted and run some of london's top photographic studios for over 20 years.i have worked in every field in studio and location and have worked with some of the worlds largest publications and

magazines alongside some very big hitters covering fashion ,music,celebrity,portrait and catalogue.in that time i have actively worked or assisted throughout with canon,pentax,nikon etc in all formats and am a highly trained lighting tech and grip.

i have studied and worked in photography for many years covering every aspect of lighting both in studio or location working alongside production factory and location scotland in recent times and been actively working in the states,south africa,spain,and most of the sought after locations that people can name.